Stop the Express in 3D

With the recent release of the ZX Vega, which had me playing some of the classic games from this fantastic machine. One of those games we'll be having a go at re-creating here in 3D plastic.

The game we are looking at is the super playable Stop the Express released by Hudson in 1983. Let's start with the original screenshot from the ZX Spectrum version. 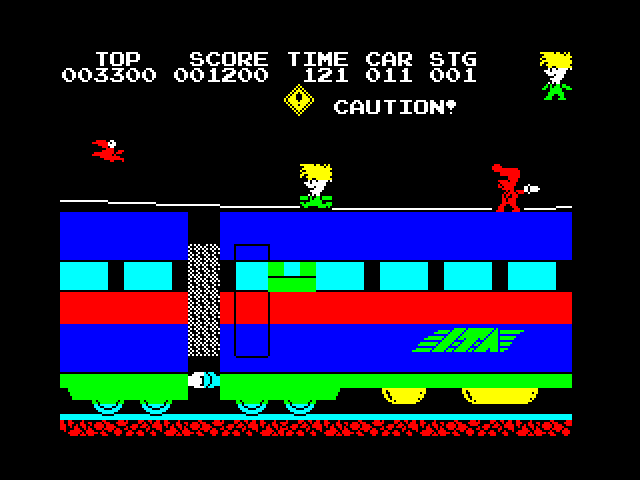 We'll be recreating a section of the train which will then be mounted into a picture frame ready for putting on the wall along with my other 3D printed retro game pictures. The train will be designed as separate blocks which will be printed out in the different colours and glued together. 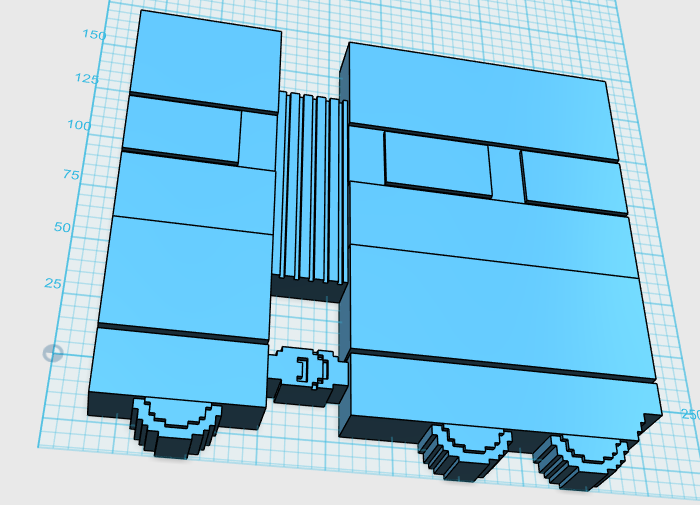 Of course we will need the character from the game, as he spends most of his time on top of the train that is where we will be putting him when he is completed. Our character will be created as 3 separate pieces and printed in the same colours as the spectrum version of the game. 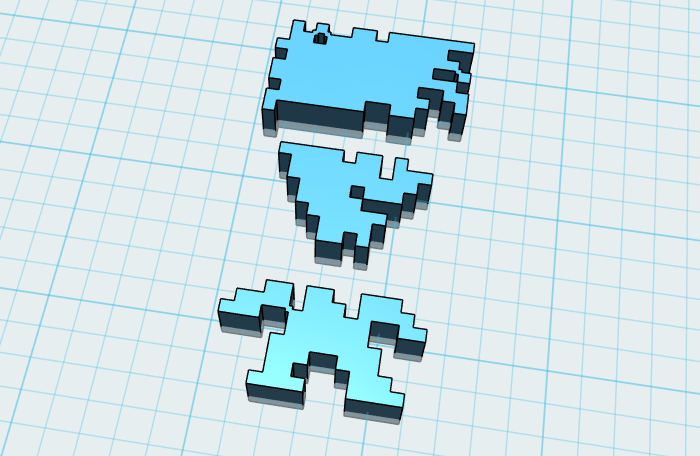 Here are all the train parts printed out. They will be glued together to form the completed train. The colours are the closest I could get to try to match the original ZX Spectrum game screenshot. 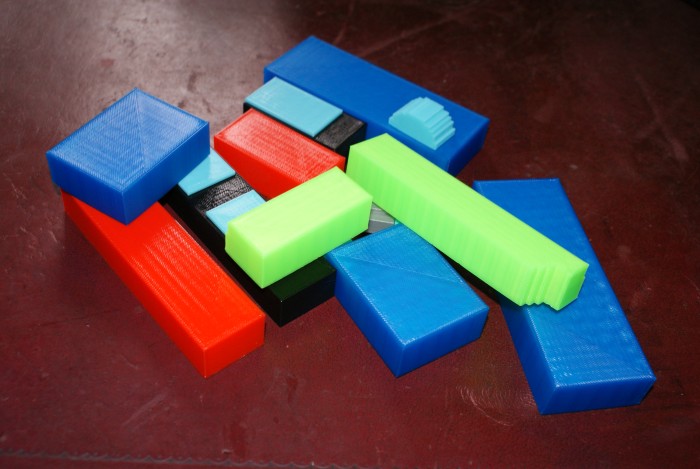 Finally we have the everything assembled and placed in the picture frame. The character has also been added! 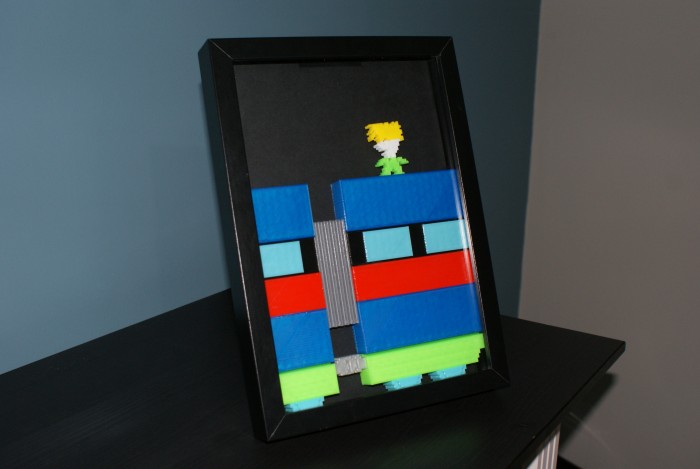