One of the most played videogames of my youth, Fantasy World Dizzy gets a 3D printed makeover! 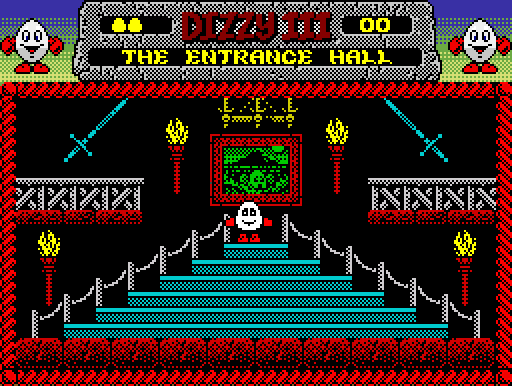 This is by far the largest 3D printed project I've attempted to date. To give you an idea of the scene I'm trying to re-create, here is a screenshot of the game on the ZX Spectrum (At least I hope its a Speccy screenshot, I have a feeling it's not though!). The inspiration for this project comes from a photoshop mockup, of the same scene from Dizzy 3, showing the stairs and ledges re-done as a 3D image. I can't for the life of me find the image now, but will link it on here when it turns up!

As I mentioned earlier this will end up being a large print when all the pieces are put together. To start with we create the red bricks that make up the floor and also the cyan staircase. Together, these items make up the majority of the content of our finished item. The parts are split up into sizes the 3D printer can comfortably manage.

The red floor alone was printed with a 10% fill and 0.4mm layer height, and consumed nearly an entire reel (1kg) of red PLA plastic. Luckily I have another reel ready for when it runs out.

The floor is separated into blocks which can be connected together to create the floor. For our print we will use 10 blocks across by 6 blocks deep. Each block has a square hole in each side to allow us to connect them together by using small pegs that fit in each hole. Front and side facing blocks will not contain these holes!

Now we need to create the posts and rope for the stairs. These will go down either side of the stairs and will be printed in white plastic.

For the black background I purchased some 500mm x 500mm black acrylic plastic and cut it down to size. Here is how it looks with the steps, ground blocks and black backing attached. As you can see, it's slowly starting to take shape!

Now we need to begin designing the items in the background. First up are the 2 ledges, either side of the stairs.

Now we need the other items such as the torches, swords, chandelier and of course, the picture of Dizzy in his last adventure. We could easily have added in some more colour to the picture (rather than doing it black/green), but wanted to keep it as per the original screenshot.

With all the designs completed now its just a case of printing them out and very carefully gluing them into position. 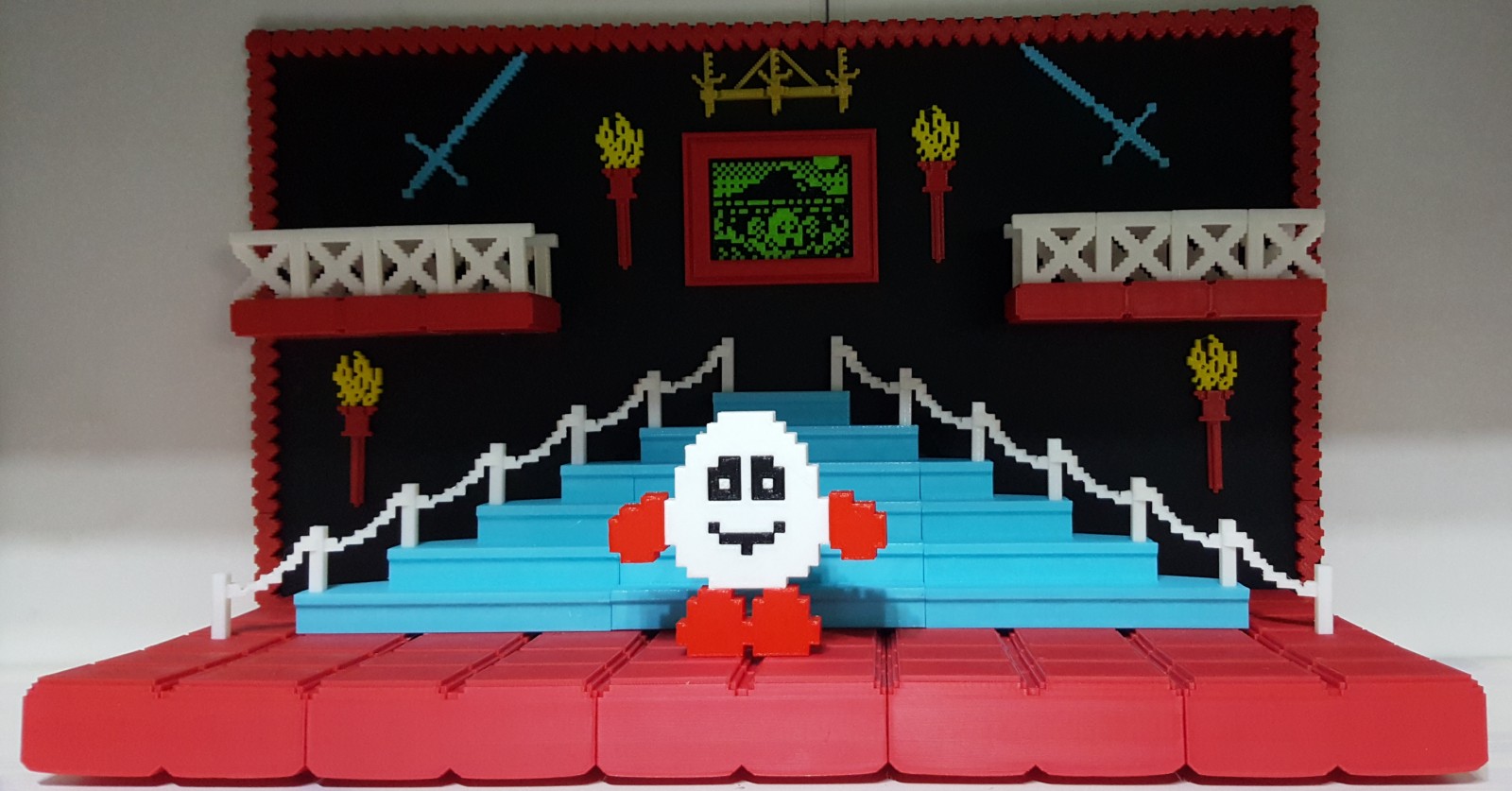 All done! Now then Dizzy, once up the stairs do we go left or right? 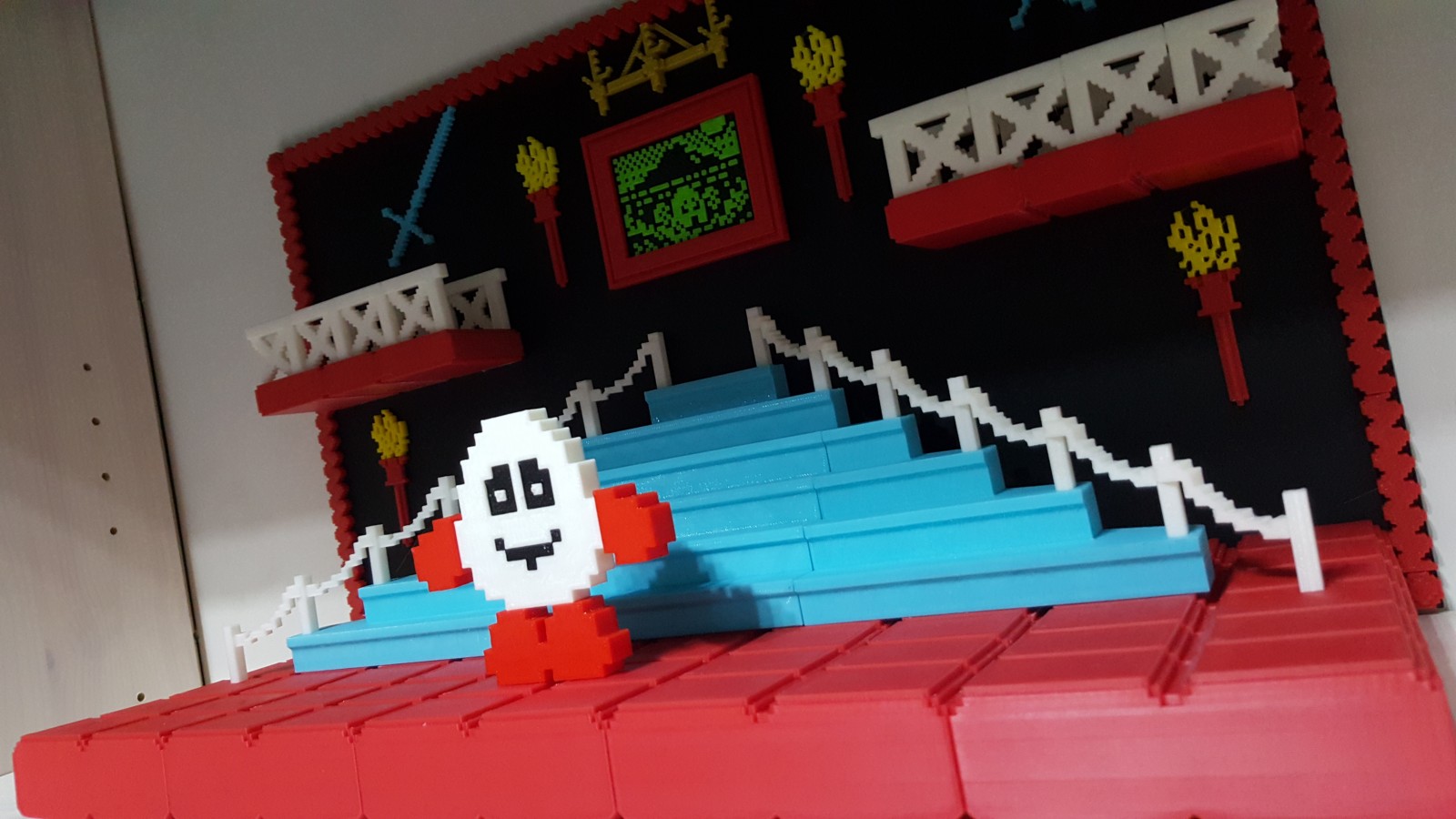 That's just Brilliant! Thank you for sharing. We're very pleased you loved Dizzy so much!