It's been a while since my last retro video game inspired print so, with a large amount of inspiration from @Clammylizard, I dug out an old Bomberman sprite and recreated it in plastic.

Unlike previous sprites such as Manic Miner Willy which have only used 1 colour, this sprite is somewhat more colourful and a lot more challenging!

As our sprite contains more than one colour we will need to employ a combination of swapping the plastic mid-print and also, print some of the sprite as separate smaller parts to enable us to get the colourful 3D print that we need.

We'll be placing the Bomberman sprite on to one of our Trophy stands used in previous prints, updated to the year of the release of the original Bomberman, 1983.

Designing it as usual in 123D Design creating the sprite pixel by pixel! As explained earlier, the main sprite (and the bomb) is designed as separate parts which, hopefully, will clip together when printed with no need to glue it. Just have to get the measurements perfect!

With the design done and dusted its time to get this printed out. Normally when printing using a single colour you can just go away and leave the printer to do it's thing, but as we need to swap the plastic mid-print on some of the parts of this model we need to stick around and be ready to swap the plastic when the time comes.

Here are the parts of our main Bomberman sprite printed out and clipped together. The thickness of the print is about 12mm and looks great with all the correct colours! 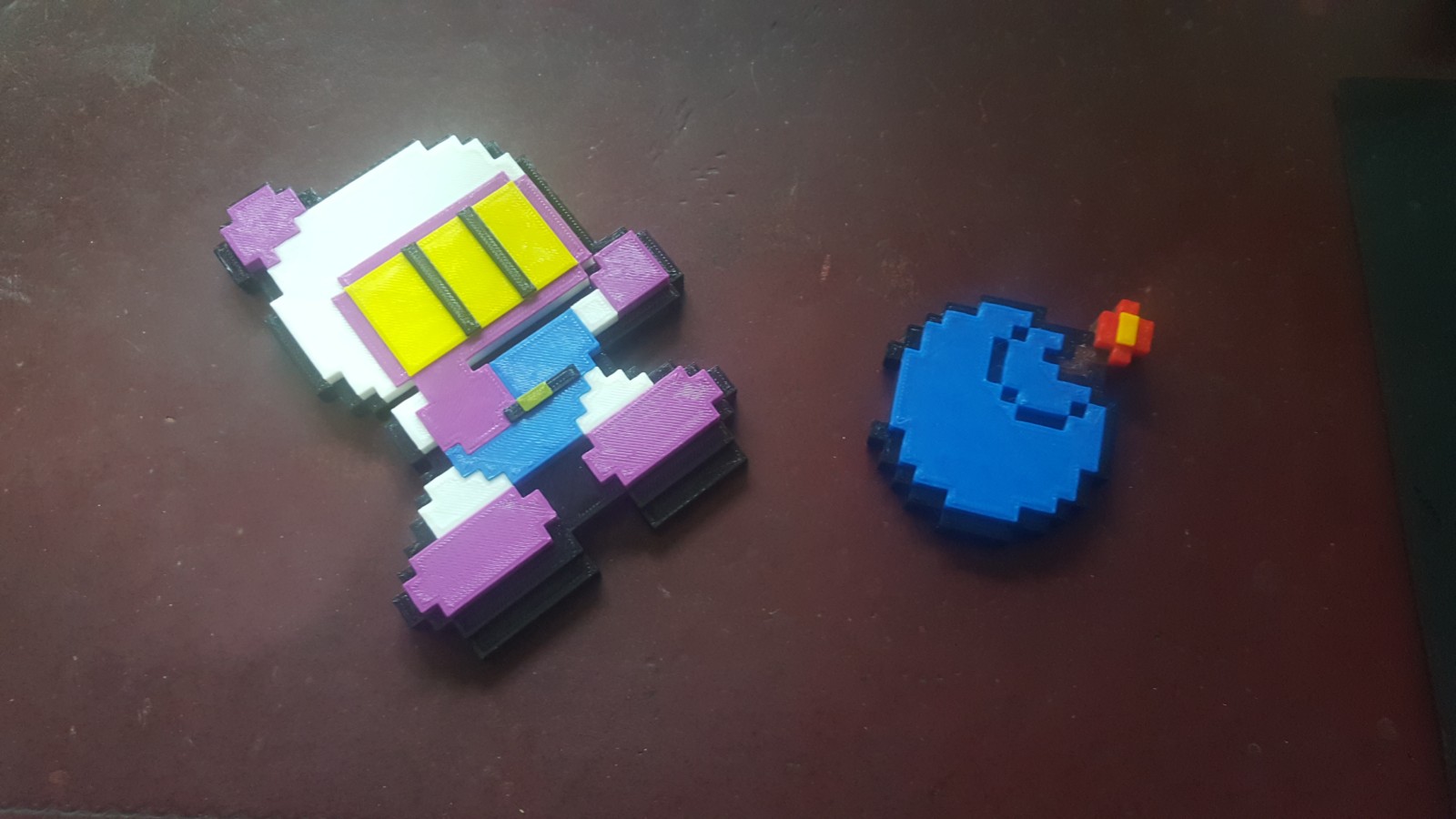 Fully assembled with the bomb attached, here he is complete with a copy of Super Bomberman for the Super Famicom which I intend to play straight afer publishing this article! 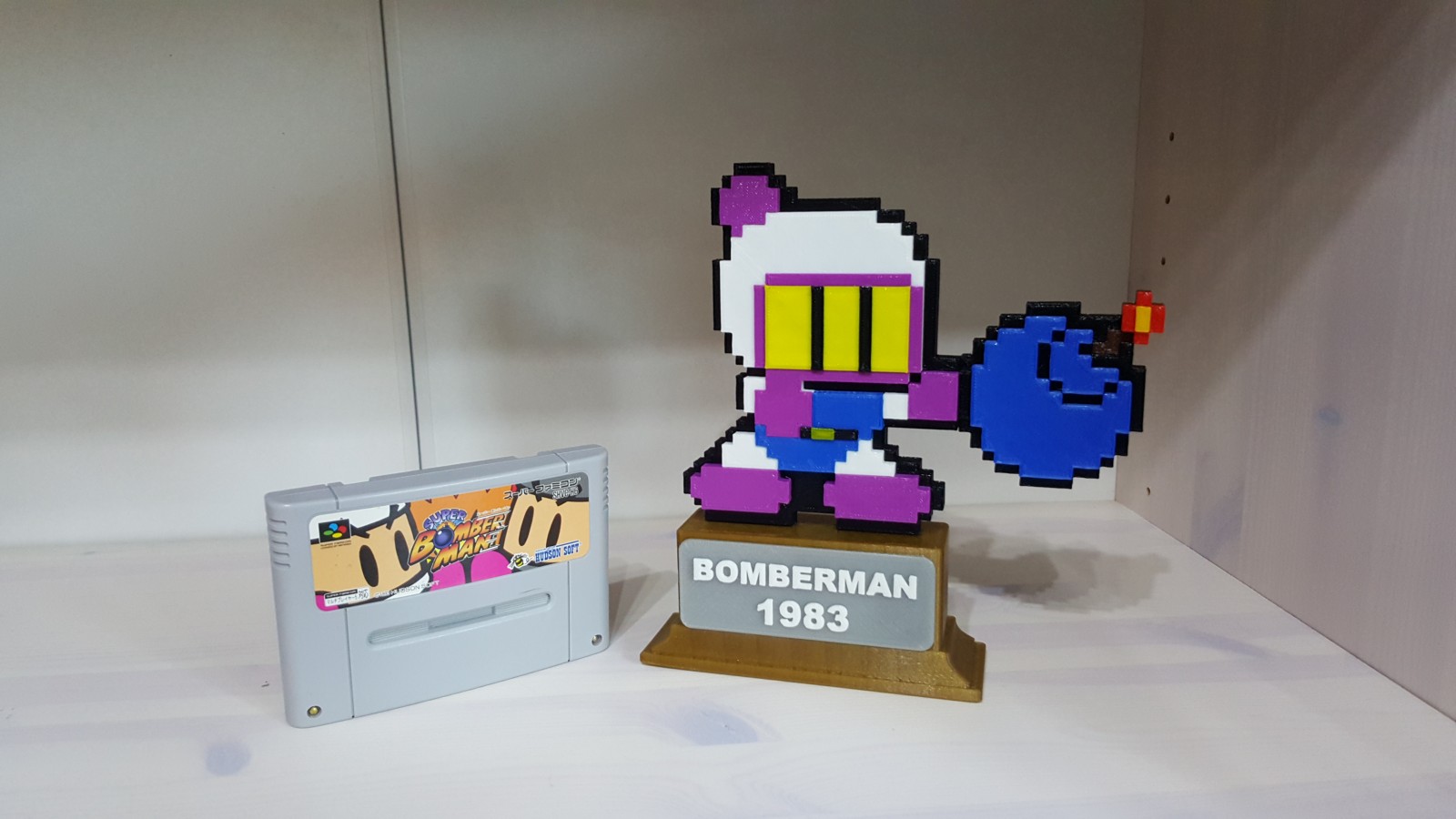