Following up on my 5" SpeccyX handheld ZX Spectrum Next, here I build a smaller version, using a 3.5" LCD screen with an aspect ratio of 4:3 that suits this ZX Spectrum handheld really well.

Changes from the Original SpeccyX

Aside from the screen size change the only other change is this smaller version has a single mono speaker (the original used Stereo speakers). Internally the small Next PCB is different and now incorporates the headphone socket/volume dial/SD card slot on the same PCB. On the original SpeccyX these were on a separate PCB near the top of the device.

Like the original SpeccyX prototype this smaller version runs on real (miniaturised) Spectrum Next hardware and accepts Micro SD card containing the standard Next OS/Firmware. This is not a Raspberry PI/emulator!

The main difference from the original SpeccyX is the switch from a 5" HDMI widescreen 800x480 LCD to a smaller 3.5", 4:3 ratio screen capable of 800x600. The 5" screen of the original worked great when running at 60hz, however at 50hz the image was a little blurred due to the scaling of the image by the LCD driver. This 3.5" screen however, due to the higher vertical resolution, looks much better in 50hz.

As before I used a Makerbot Replicator 2 to create the initial prints and then used Shapeways Premium Versatile Plastic service. Although I've used Shapeways a lot in the past, the prices have gone up quite a lot recently and the wait times for completed orders has increased at the same time, so I'll be on the lookout for other 3D printing services for future projects.

Here it is all assembled and playing a demo version of the excellent Warhawk, a game that is certainly on my list of purchases when it becomes available. There are some minor changes I want to make to the case but for now I am very happy with the results. 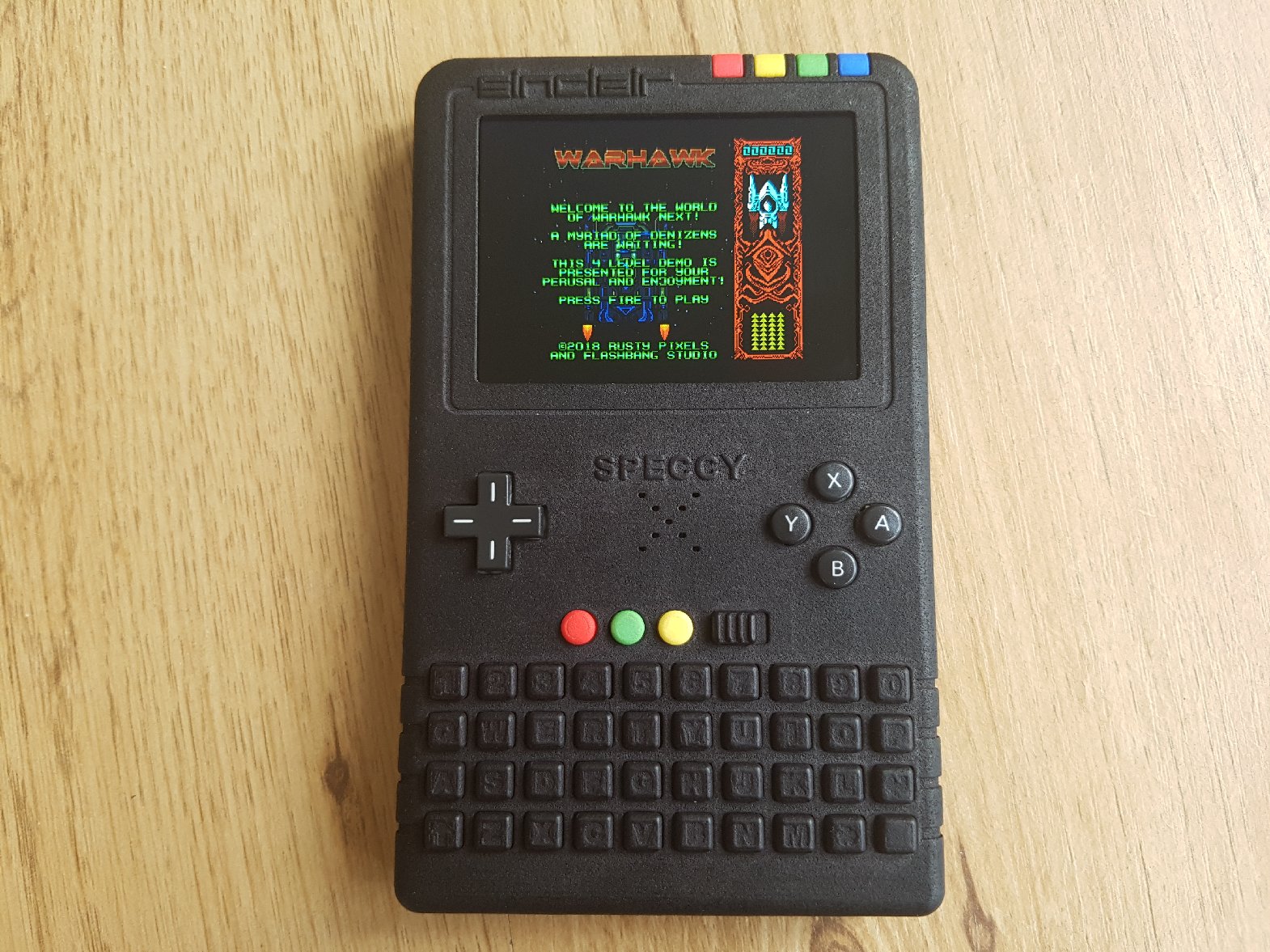 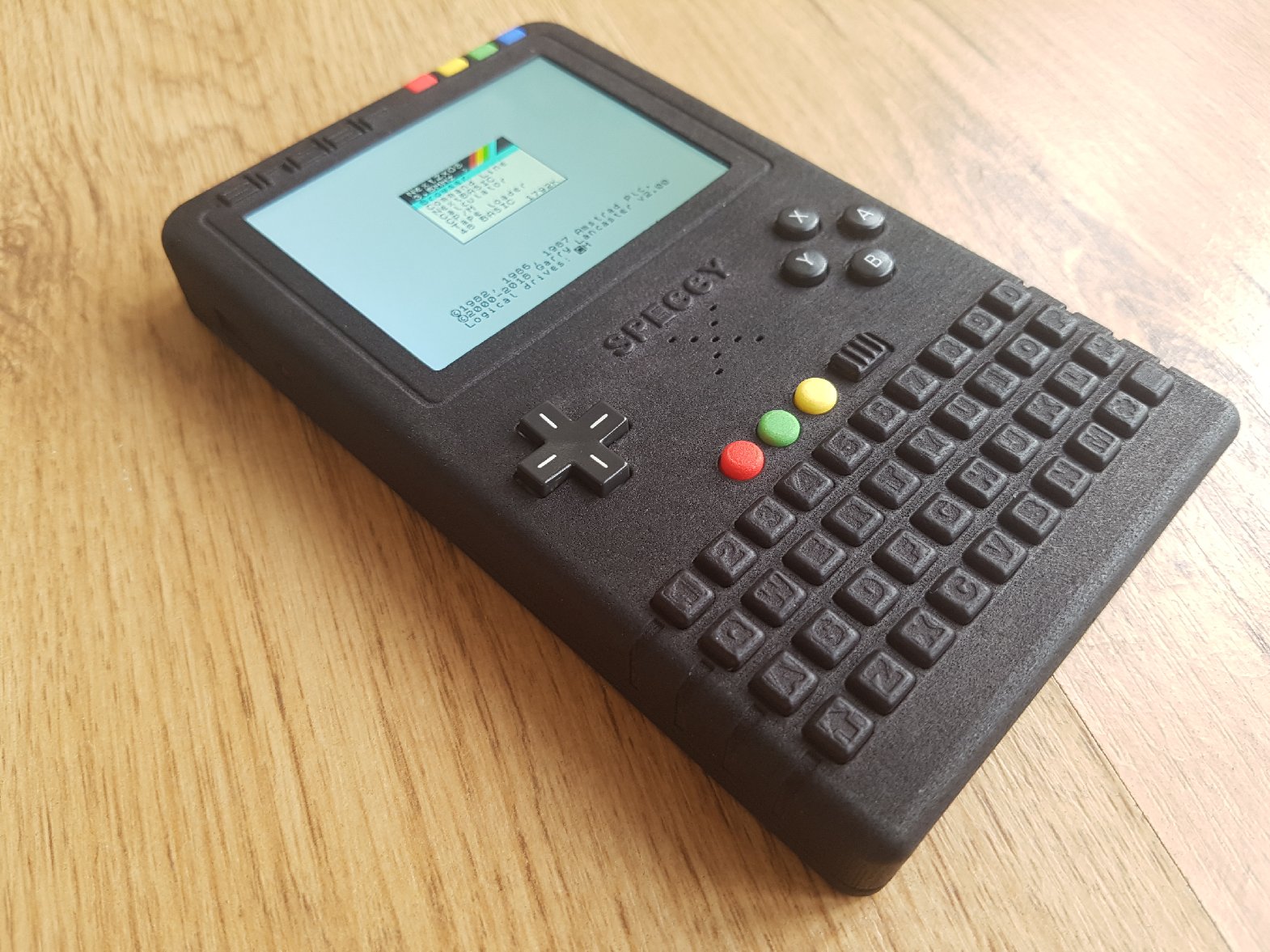 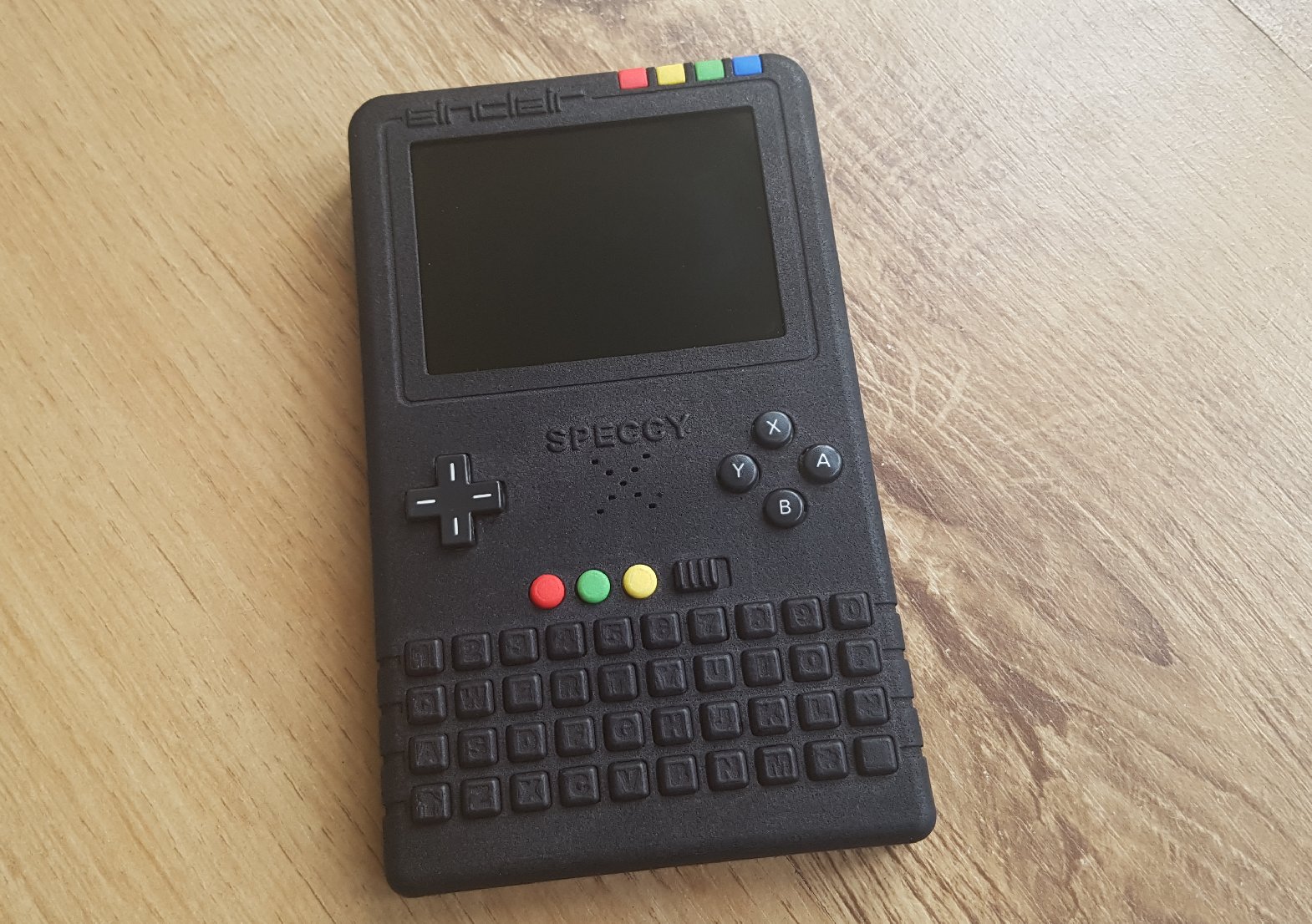 Finally, I put the two SpeccyX prototypes side-by-side for a size comparison, although the keys are smaller they are still perfectly usable. Which one do you prefer the most, let me know in the comments below. 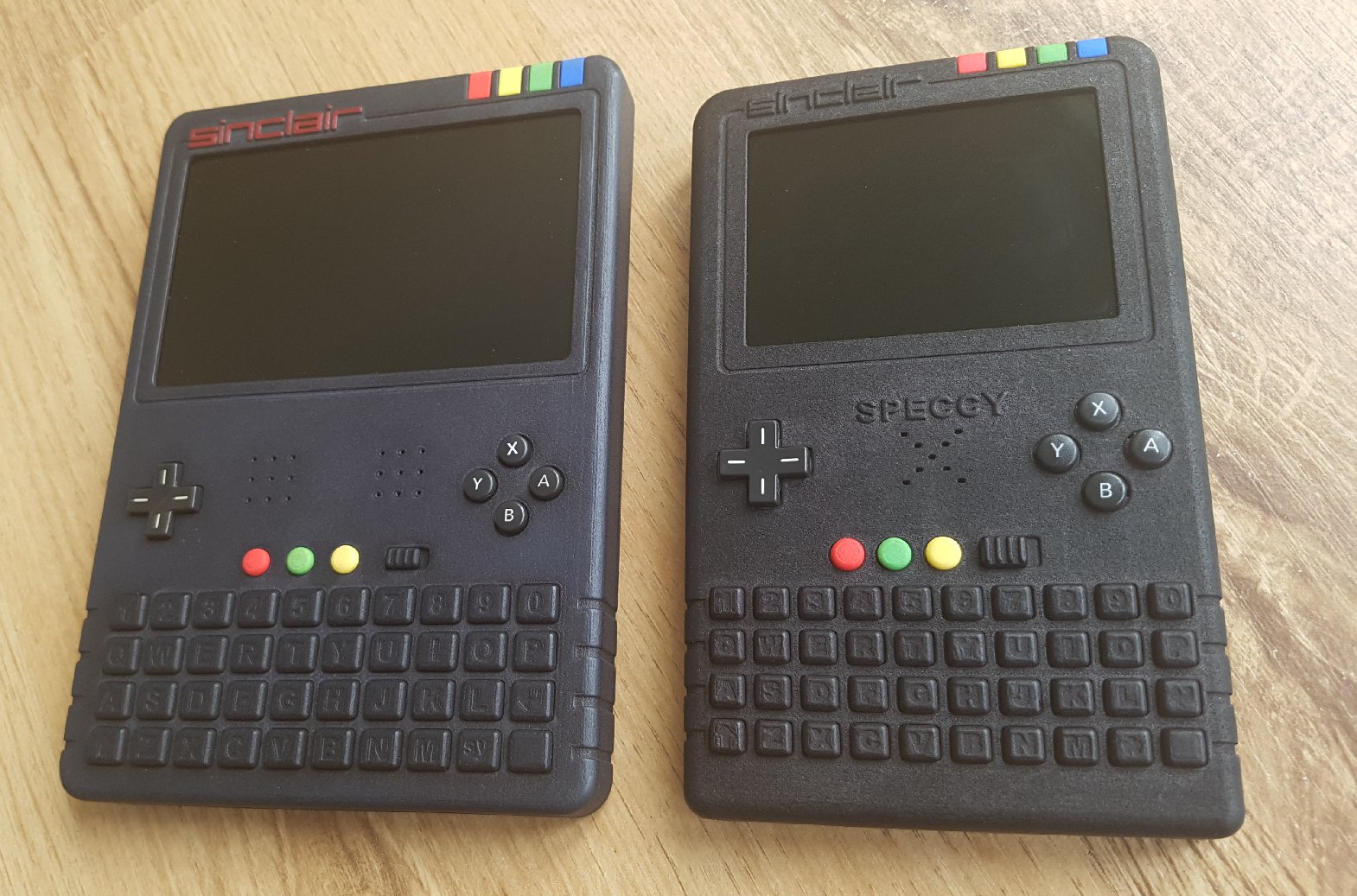 That's probably the end of my tinkering with Spectrum handhelds for now, time to go back and do some programming! I will now wait patiently for the real Kickstarter Next machines to be completed and delivered, hopefully not long now...