For todays piece we will be creating, in glorious 3D printed plastic, part of the the classic game Elite loading screen from the Amiga version of the game. For those not familiar with the screenshot, here it is: 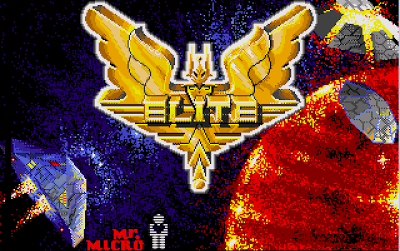 What I want to do is recreate the standout, central element and mount it on a stand ready to go with my other trophies (Horace, Manic Miner etc). Previously I've created 3D models based on retro game graphics by re-creating the image, in 3D, at pixel level.

This worked great for Miner Willy and Horace, but for this, I want to eliminate the "pixel look" and go for smooth curves instead. So what I need to do is somehow get the elite loading screen image into 123D Design and then sketch around it using the Spline tool.

Unfortunately, there is no way to directly sketch a 3D model from an image in 123D Design, so I will instead use our Image to 3D mesh tool to create a basic 3D model of the image. I will then import that 3D model into 123D Design and sketch around that instead.

So, you can see on the left is the basic 3D model we imported and the sketch I have done using the Spline tool is on the right. With the sketch done we no longer need the rough model on the left so we can delete that.

Once you have a flat 2D sketch it is time to use the Extrude function to create a 3D model from it. For this, I extrude the sketch and create a model 20mm deep. This will give me some scope to add some subtle depth alterations later on. 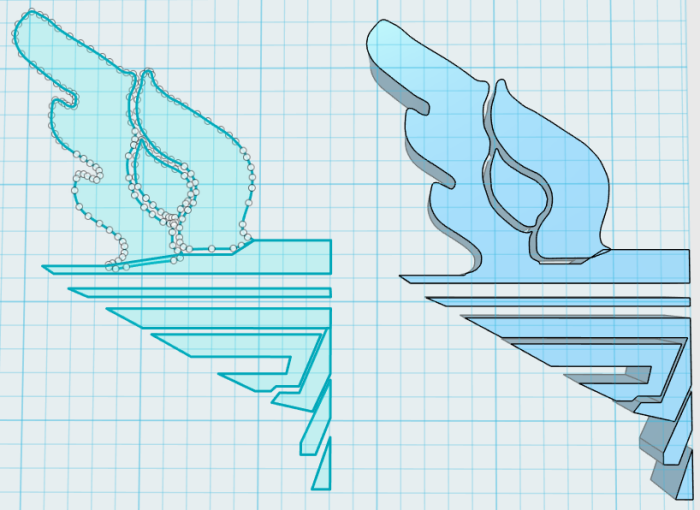 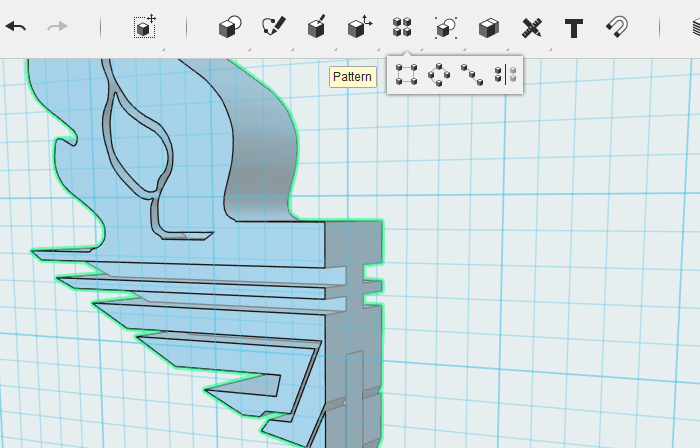 By now you may have noticed I've only sketched and extruded half of the image! That's perfectly okay. As it is symmetrical anyway, I only have to do the left-side and then use the Mirror command, which will then fill in the right-side. Saves a load of work! 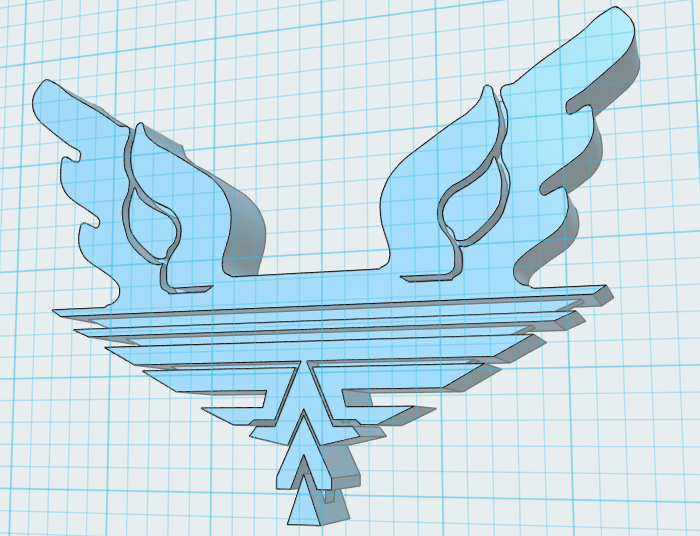 With the main part done, all that is left is to create the ELITE text and some other small pieces. When we come to print it, we will print, starting at the bottom and use Gold plastic for the main section and then switch over to Silver for the text. 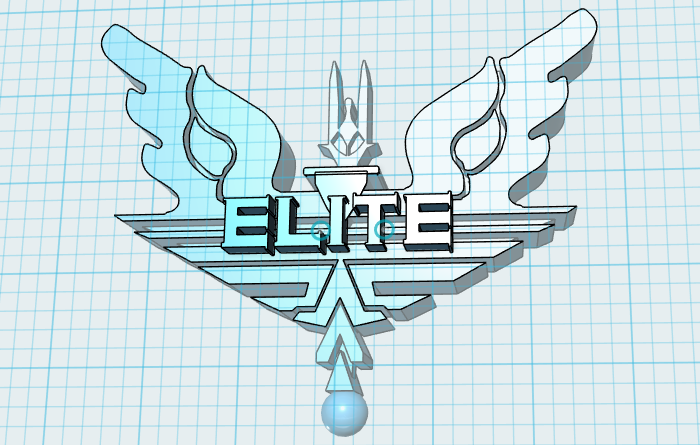 The design of the stand is very basic as the focus should be the cental Elite part we've created! 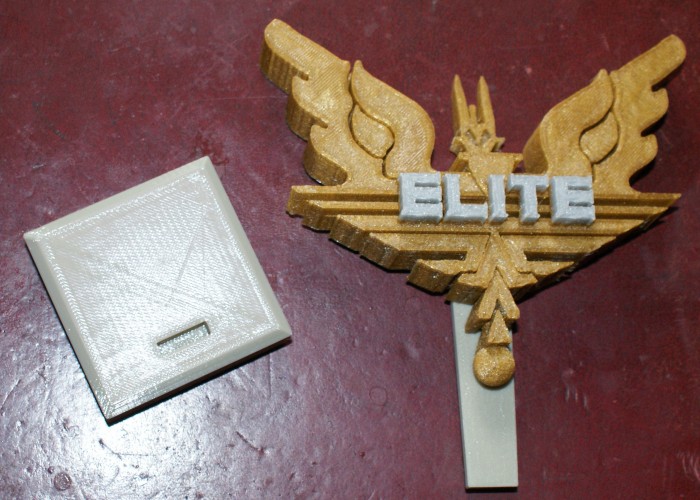 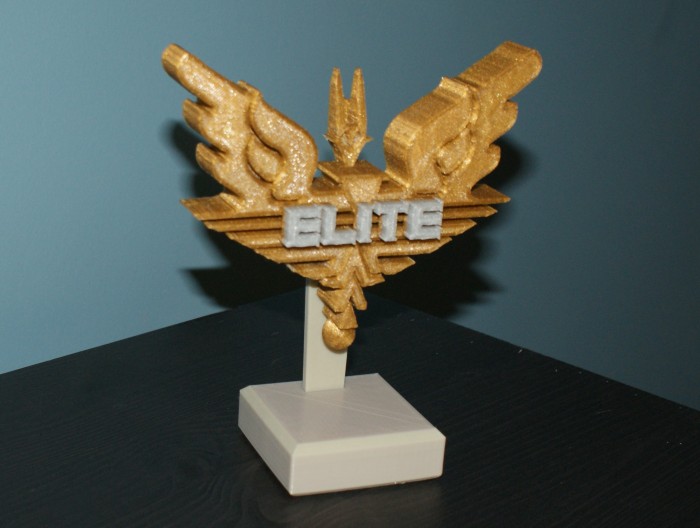 This will look great in the collection with the other trophies. I hope this has given you some inspiration to go and get using a 3D printer!

An easy to use tool to create 3D printable STL models from simple 2D image files.

If you have 3D model files that you wish to convert to STL files then this is the tool you need to convert your files ready for 3D printing.