Today I've been restoring my old Acorn Archimedes A3010 computer which I used way back in about 1993. 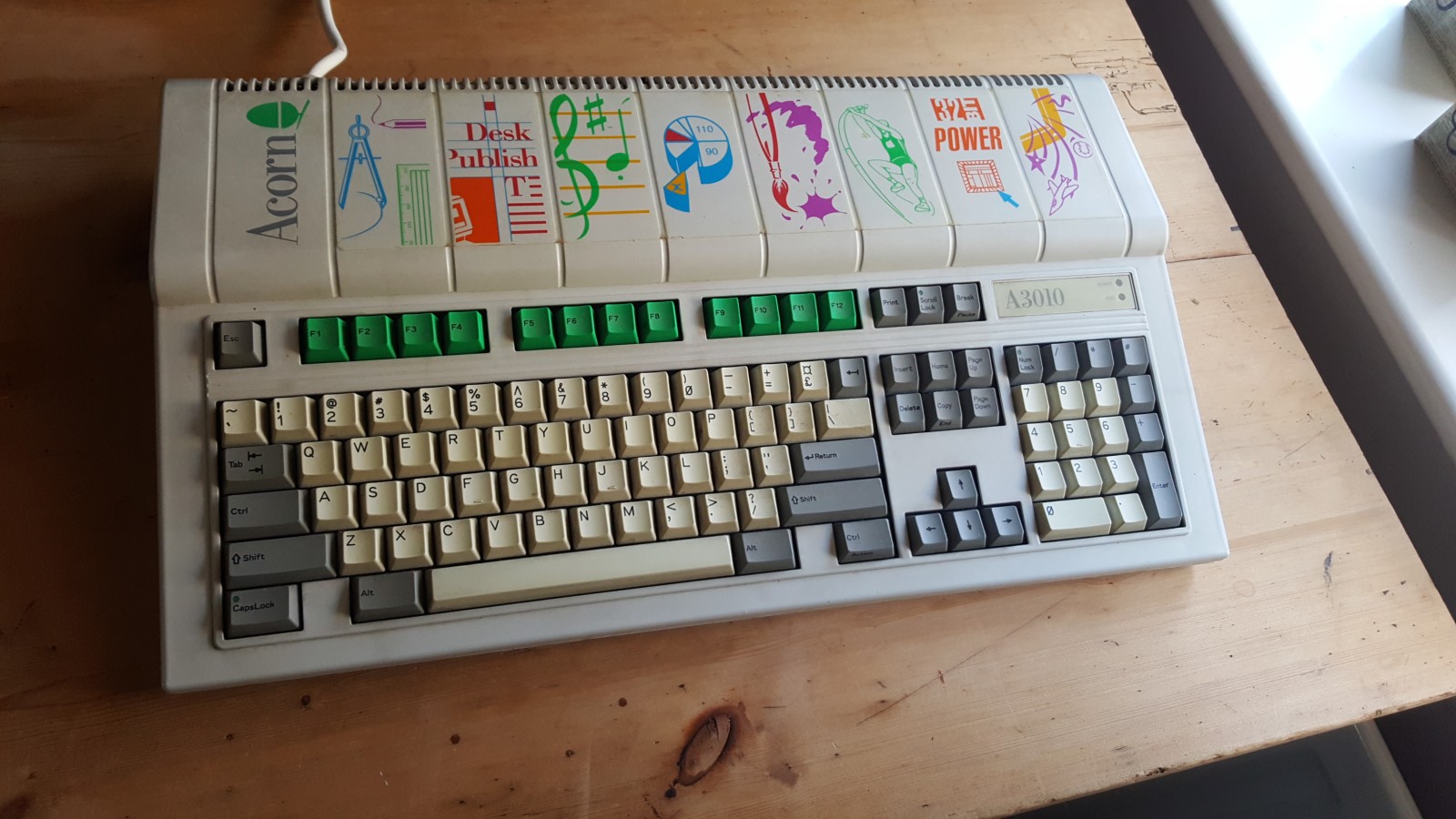 Back then it was state of the art compared to the 386 PCs of the day (It ran on one of the earliest ARM CPU's) and it was supposedly great for education (Acorn machines were mainly used in schools here in the UK in the '80s and '90s). It was also the machine I learned to program on and I have some fond memories of the machine so I dug it out of my parents loft and got to work on it.

The main reason for the post here is the green floppy disk eject button has come off and disappeared leaving behind the bare metal push button as can be seen in the picture above. So today, I will try to make a replacement for it with the 3D printer. As you can see in the above picture, its ugly without the plastic cover.

Luckily it's a fairly straight forward item to design and it's small! After the last blog post where I printed a massive scene from Fantasy World Dizzy, this should be an easy print.

The button is usually green to match the F1-F12 keys on the keyboard, so green is what I will print it in. It's not quite the same shade of green but it's close enough:

It's much better with the button added. And there we have it. Another piece of my retro gear fixed by using a 3D printer! Well, partly fixed, the PCB needs a lot of attention as it's internal CMOS battery has leaked causing damage inside. But that's a job for another day!

Disclaimer: All files are provided as-is without warranty of any kind.

Thanks, I've downloaded your file and waiting for a quote to get it printed :)